Click the image below to donate or join Team James for the walk:

James was diagnosed with leukemia about a month before his 2nd Birthday and went from what we thought was a perfectly healthy child to critically ill in 48 hours. He spent the next month and a half in critical condition at Lurie’s Children’s Hospital with a breathing machine keeping him alive and 4 of the next 6 months in the hospital. There were many occasions when we did not know if James would make it through the night.

Jamesʼ specific diagnosis was JMML, an extremely rare and aggressive form of leukemia; there is only one case of JMML in Illinois every 1 to 2 years. Phrased another way, you could meet every single child across the state and James is likely the only one you'd meet with JMML.  As I often say, he hit the “wrong lottery”. Furthermore, the 5-year survival rate is roughly 51%.

Over the course of the first month in the hospital in the pediatric ICU unit typical morning rounds consisted of anywhere from 15-20 doctors, nurses, and specialists standing outside James’ room game planning for the day on what needed to be done to keep James going and get him on a road to recovery.

James faced many major challenges - white blood cells overtaking over his lungs and liver, seizures (which led to scans showing potential brain damage which thankfully resolved), IVs in every arm and leg, a collapsed lung and much more. It wasn’t unusual for James to receive daily (or multiple per day) blood transfusions. A miracle occurred on James' 2nd birthday, when we were able to remove his breathing tube after nearly a month and a half. These were the challenges we needed to get through just to get him strong enough to face the next battle... a life-saving stem cell transplant.

We had James home for roughly 2 months between his initial stay and re-admission to build his strength up again. James had lost significant body mass and needed to regain his ability to confidently walk and run on his own, as well as allow his lungs to repair as much as possible. James had a port surgically implanted in his chest, as well as a permanent IV (PICC line) in his arm for in order for us to administer his medications at home. James also had a feeding tube run through his nose and into his stomach to help get nutrients into his system. Hospital visits were every other day at first, then twice a week, as a bridge to transplant admission.

James underwent multiple rounds of chemo until it was safe enough for him to complete a bone marrow (stem cell) transplant on December 6th, 2018 which presented its own life-threatening challenges and complications. About 10 days into transplant James developed a condition called VOD, which put him in a really difficult spot and almost landed him back in the ICU. He gained over 30% of his body weight in the matter of a few days as his liver and spleen were unable to keep blood flowing through his body properly.

James spent nearly a month and a half in isolation during transplant. Those initial days were often filled with James throwing up between 10-20 times a day due to the toxicity of the conditioning meds for his transplant, but he always made the best of each day as much as he could. I recall celebrating after many days of not eating when we would get James to eat a single cheerio or two.

Most importantly, the cells transplanted into James’ body took over and began to duplicate. We celebrated Christmas in his hospital room and were discharged in mid-January 2019.   James daily acumen once we were able to return home consisted of approximately 15-18 doses of medicine, largely due to a condition called graft-versus-host-disease (GVHD) which essentially means his body was fighting with his new immune system... they aren't getting along as well as we would like.

​James also developed Chronic Lung Disease and Crohn's disease in 2021, in addition to his ongoing 3+ year battle with GVHD.

I am thrilled to say that in mid-2022 James was officially discharged from treatment, virtually all of his medication. and no longer shows any signs of his lung or Crohn's disease.

We support Cal's Angel's because they help fund research for pediatric cancer, which only receives 4% of government cancer research funding!  They were also instrumental in making sure we, and James, were supported and cared for during out many months and stints an Lurie's.  They are simply the best... and there are many more James' out there.  We need your help to make sure Cal's Angels can continue their mission and be a critical lifeline to these families, just like they were to us.

Please join our team or make a donation via the link above.

Local news article (from 2021) detailing why we support Cal's: 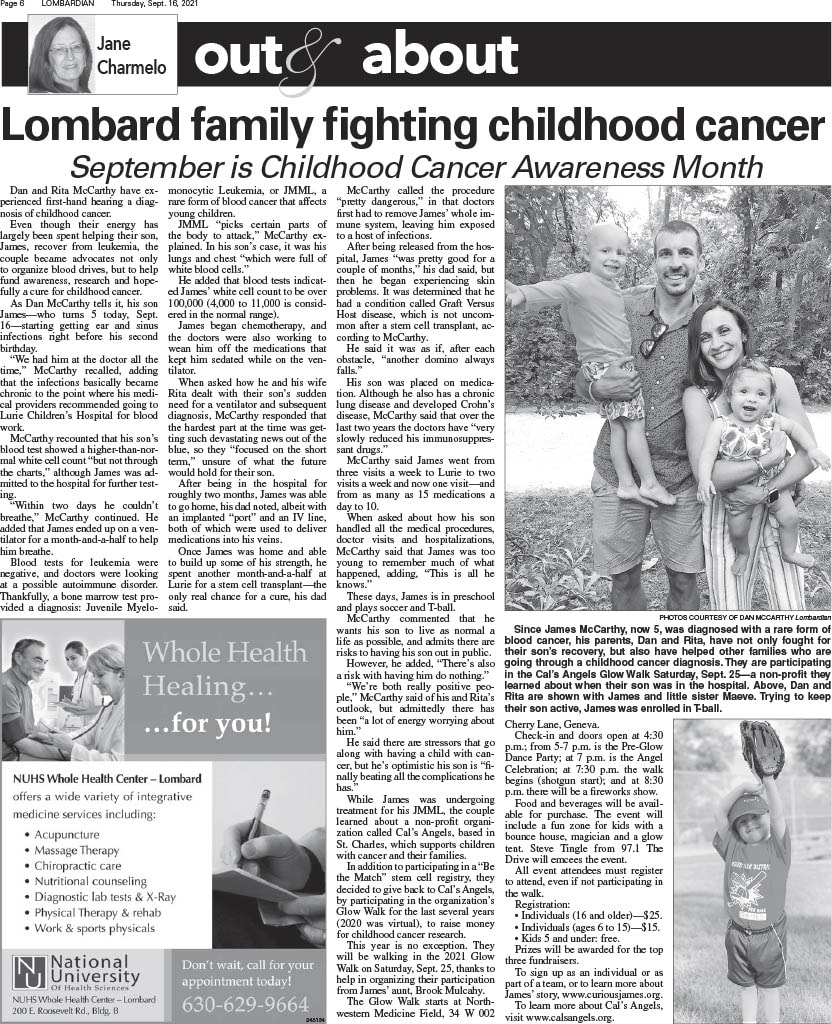 Thank you Geneva SPENGA for your support and fundraising efforts! 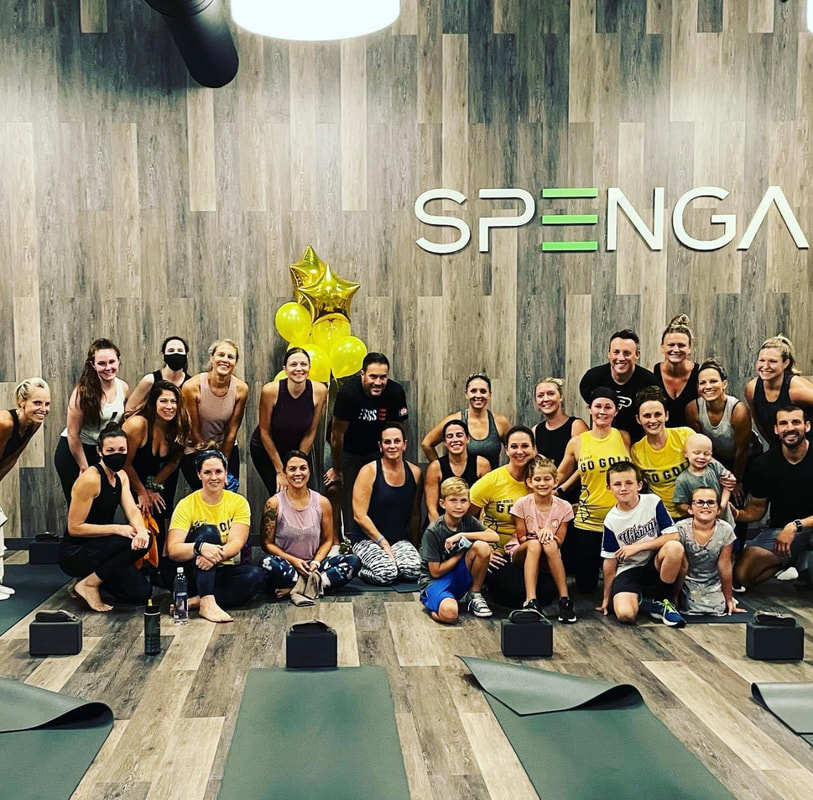